COVID-19 is placing stress on Canada's public health system. Our clinic is starting to offer virtual care to make sure that we can continue to care for our patients safely and effectively. This means that we will be using video and audio technologies for some patient visits rather than asking all patients to come into our office. Some of these technologies are provided by the Province. Others have been provided by vendors like Google, or Apple to help make discussions with your care provider as easy as possible during these difficult times. Some health concerns can be addressed with virtual care alone, but in some cases your doctor may ask you to visit a hospital or other health care facility if necessary, for a physical examination.

We do our best to make sure that any information you give to us during virtual care visits is private and secure, but no video or audio tools are ever completely secure. There is an increased security risk that your health information may be intercepted or disclosed to third parties when using video or audio communications tools. To help us keep your information safe and secure, you can:

Understand that emails, calls, or texts you receive are not secure in the same way as a private appointment in an exam room.

Use a private computer/device (i.e., not an employer's or third party's computer/device), secure accounts, and a secure internet connection. For example, using a personal and encrypted email account is more secure than an unencrypted email account, and your access to the Internet on your home network will generally be more secure than an open guest Wi-Fi connection.

You should also understand that electronic communication is not a substitute for in-person communication or clinical examinations, where appropriate, or for attending the Emergency Department when needed (including for any urgent care that may be required).

If you are concerned about using video or audio tools for virtual care, you can ask our office to arrange for you to visit a different healthcare provider or other health care center where you can be seen in person. However, please note that visiting a health care provider in person comes with a higher risk of coming into contact with COVID-19 and the possibility of spreading the virus.

By providing your information, you agree to let us collect, use, or disclose your personal health information through video or audio communications (while following applicable privacy laws) in order to provide you with care. In particular, the following means of electronic communication may be used (identify all that apply): email, videoconferencing (including Skype, Facetime, etc.), text messaging (including instant messaging), website/portal, OnCall.

A note to our patients. We have suspended all in-office visits at this time due to COVID 19. However, if you have an appointment currently booked with our office you will receive a call 2 days prior to that appointments. We will advise you how we will be able to proceed. Wishing you and your family safety and vitality during this challenging time.

If you need a renewal your prescriptions during the COVID-19 #stayathome period, please have your pharmacy fax your renewal request. Our fax number is 905-639-7647. Be well!

Update About Our Office During This Outbreak of Corona Virus : March 15, 2020

On the advice of the Ministry of Health we are changing our office protocols to ensure minimization of risk to our patients and our staff.

Starting the week of March 16, 2020 we will try to change as many patients visits as we can to virtual electronic visits. Initially most will be by phone. There are some patients who have already made arrangements to come to the office and, if they do, we will see them, once again minimizing risks by using frequent hand washing and minimized personal contact.

For the majority of scheduled patients we will set up visits through OnCall Health. One of the problems with phone visits is that each person requires individualized attention and some visits unexpectedly may take longer than others. We will make every effort to keep on schedule but at times we may be delayed. 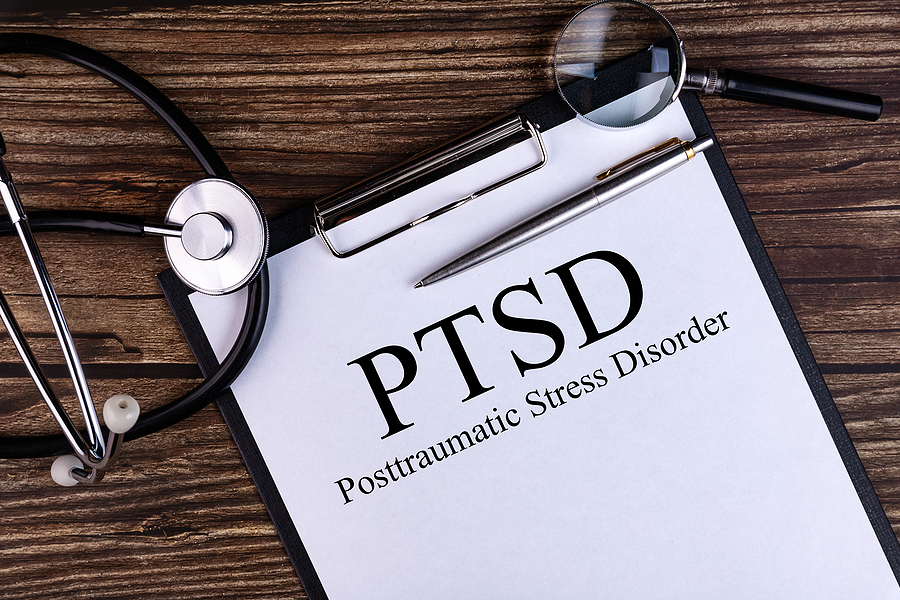 Post-traumatic stress disorder (PTSD) is common. It is suggested that more than 5 million people United States suffer from PTSD.

PTSD is defined as an anxiety disorder that can occur after a person has been through a traumatic event. Examples of such events can be car crashes, sexual or physical assaults, natural disasters, crimes, or combat during times of war. Typical of these events is a feeling that the person’s life, or the lives of others, has been threatened. They feel that they have no control over the situation.

Not all people who go through these events get PTSD. Unfortunately, many do.

Signs and Symptoms of PTSD:

Physical responses to triggers of the traumatic event (such as an increased heart rate, a feeling of fear, or sweating)
Avoidance of any people, places or things that could trigger reminders of the event

It is important to note that many sufferers of PTSD also have had traumatic brain injuries. Recent research by Dr. Dewleen Baker, a psychiatrist at the University of California at San Diego shows that traumatic brain injuries double the risk of PTSD.
As there is such an overlap of symptoms between traumatic brain injuries and PTSD, many of the treatments are similar. Often, patients receive cognitive, behavioral therapy. However, I think that all organic causes need to be ruled out and treated first. This must include an accurate assessment of hormones, with a skilled interpretation of the results. The standard measure of hormones called “normal ranges” by labs is based on levels that include a large segment of the population. They certainly are not ideal or optimal levels; these are just what can be found in the
general population. Hormones have to be restored and optimized to best levels not settling for typical levels.

In addition, we know that many supplements can be helpful in treatment. This will be discussed in greater depth in the chapter on supplements. Please note that Vitamin D is particularly useful. It has a major positive effect on mood and energy. The majority of patients I see have nowhere near ideal levels.

In PTSD, it is felt that part of the problem is the inability to form new brain connections. For example, an event or an object linked to the original trauma that caused PTSD may continue to trigger bad memories.

The reminder is very different than the actual event, but the body’s response is the same. An example of this might be the sound like a siren that happened before a bomb blast. A siren heard long after the original event could still cause a fear response. The ability of the brain to form new memories in response to the siren may be impaired. Magnesium enhances the ability to form fresh non-threatening memories. This allows the brain to be able to discriminate between the old existing memories of the siren and the new ones so that the PTSD bodily response does not occur.

Unfortunately, PTSD is common in our troops, and first responders. I have the greatest respect for the work that they do to keep us safe and healthy. That is why I am particularly delighted when I can help any of these brave individuals.

I want to continue our message of hope. This problem can be treated.

Support groups are also especially important. Sharing feelings and concerns with others who have gone through the same situation may reduce anxiety and fears. Family and friends are so important. Understand that those suffering from PTSD may withdraw. Those close to the PTSD survivor need to let them know that they will be there for them. Help them develop a network of family and friends who are willing to listen.

It is important that friends and relatives understand that individuals with PTSD may overreact in otherwise normal situations. They may suddenly become angry, and that anger may seem directed at their family and friends. These times are when caregivers and friends need to step back and realize that the anger is not really about the friend or family member. This is a feature of the illness, and those around the sufferers need to have a high degree of tolerance and patience.

PTSD is as legitimate a diagnosis as appendicitis. We would never tell anyone with acute appendicitis to carry on with every activity of daily living. It makes equal sense that we should never tell someone suffering from PTSD that they should just “suck it up” and get on with their lives.

PTSD is an illness. It deserves our very best understanding and treatment solutions.